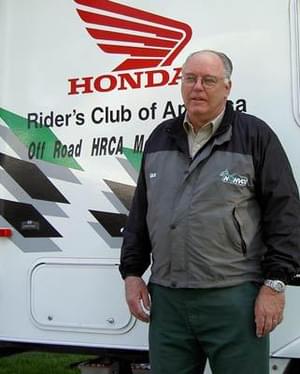 Max was instrumental in developing the Paiute Trail system, which has a 238-mile main trail with 550 miles of side trails.

Max Reid, a graduate of Utah State University, began his career with the Forest Service in 1967 on the Ashley National Forest near Vernal, UT, working on a range analysis crew. In 1970 he went to work in Springerville, Arizona on the Apache National Forest, where he met and married Peggy Slade.

Reid also worked for the Forest Service in Fredonia, Lakeside and Flagstaff, Arizona, where he served as the District Ranger on the Flagstaff and San Francisco Peaks Ranger Districts on the Coconino National Forest.

In 1990, Reid came to Richfield to work on the Fishlake National Forest, and has been a part of management since he arrived. “Probably his most notable accomplishment on the Fishlake has been the development and promotion of the Paiute ATV Trail,” said Marleen Chappell, Forest Service employee. “This unique and popular ATV trail system is what it is today because of Max’s efforts and success in championing and coordinating with others to make it the best of the best in the entire country.”

Max was one of the original members of the Paiute ATV Trail Committee. During his tenure with the committee, the trail has grown from an idea to a 238 mile main trail with 550 miles of side trails that link 16 small communities in four counties Central Utah. It connects to five other trails to create the largest interconnected motorized trail system in the U.S. of 2,500 miles.

The Paiute Trail is used by ATV riders, motorcycle riders, equestrians, hikers, bicyclists, hunters, fishermen, and many other outdoor enthusiasts. The Paiute Trail links to the Great Western Trail, the Paunsagant Trail, the Pinchot Trail, the Freemont Trail, and the Arapien Trail creating the nations largest interconnected trail system.

Today Max is active with the Central Utah OHV Club, the Paiute Trail Committee, and as a volunteer trail host. Max provides his many years of experience in the development and management of OHV trail systems to others.