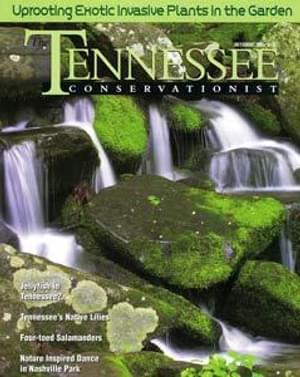 This nomination recognizes the tremendous contributions of The Tennessee Conservationist magazine to significantly demonstrate sustained and exemplary positive public exposure and education in the field of trail use, planning and construction.​

The magazine has been a public source of reliable information and a strong advocate for trail development on a local, state, regional and national level for many years.

During the eligible period of recognition (June 1, 2006 to May 31, 2008) The Tennessee Conservationist magazine has covered:

Fran is an accomplished hiker and trail-builder with a gift for sharing her experiences from a variety of pathways crisscrossing Tennessee State Parks. Drawing upon her first-person encounters with state park hiking and walking trails, Fran offers helpful insight ranging from each trail’s degree of difficulty to the types of unique natural features one should expect to find along that hike. Although she works as an attorney for the Tennessee Department of Environment and Conservation in Nashville, she volunteers to write for The Tennessee Conservationist. 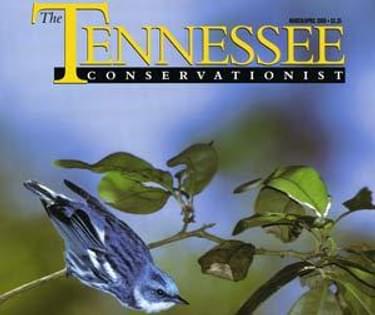 During the eligible period her stories have covered:

The Tennessee Conservationist magazine is well known for its outstanding photography and well written articles and fills a unique niche for the state of Tennessee. No other publication specifically has as its mission “to educate the public about the preservation, protection and wise use of the state’s natural and cultural resources.” The magazine is published bi-monthly and currently has over 16,000 subscribers. The magazine is available at over 1,000 schools and public libraries across the state. Its focus is on conservation and environmental education with an emphasis on native species, Tennessee history, archaeology and culture, and programs and activities at Tennessee State Parks. Each issue features high quality photographs and articles, with no commercial advertising. Even though its mission covers a broad range of conservation issues, it devotes a significant number of pages to promote trails.