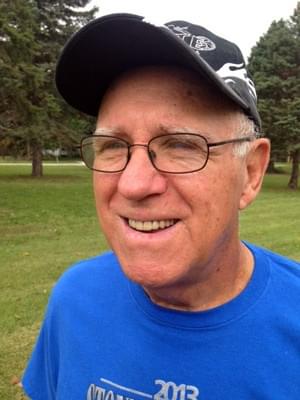 Roy Garrett has been a strong advocate for motorized recreational trails and education for over 40 years in the State of Indiana.

Garrett is a life-long off-road motorcyclist who joined the racing scene in 1970. That same year he joined the American Motorcyclist Association (AMA) and by the late 1980’s he was serving as an AMA congressman.

It was the AMA who helped Garrett found Discover Indiana Riding Trails (DIRT) in 1994. Garrett has been either president or vice president of DIRT ever since. As a leader with DIRT, Garrett helped reform policy and promote responsible off-road riding through education.

Garrett also pushed for more motorized recreational trails throughout Indiana. He did the same role on a national level at the National Off-Highway Vehicle Conservation Council (NOHVCC) representing as both an Indiana Partner and Associate. Garrett served on the Indiana Trails Advisory Board (TAB) from 2000-2006, where he further strengthened and advocated for the motorized community. He also made key connections with the Indiana Department of Natural Resources (DNR).

Garrett played an instrumental role in the development of Redbird State Recreation Area (SRA), the Indiana’s DNR’s first year-round motorized property. Redbird SRA, operated by the Indiana Division of Outdoor Recreation, is a1400 acre former coal mine turned multi-use recreation property with a focus on motorized recreation that opened in 2003. Garrett also played a large role in the development of Interlake SRA, the state’s second motorized recreation property in 2008.

Garrett’s trail work continued at the ABATE of Indiana owned Lawrence County Recreation Park, where he helped build over 60 miles of trail for dirt bikes and ATVs. Then in 2010, DIRT joined forces with ABATE of Indiana to form a more comprehensive motorcycle organization. Garrett is currently the off-road director for ABATE of Indiana DIRT. In this role, Garrett works on advocacy, education, and safety. In particular, Garrett runs the DIRT Bike School, an off-road rider safety and training course. Finally, Garrett remains active as a NOHVCC Indiana Associate and road captain for Stoney Lonesome Motorcycle Club.

As a fixture in the Indiana motorized community, Garrett’s advocacy has resulted in the development of miles of trail, numerous policy changes, and the education of hundreds. It is clear that the drastic advancement of Indiana’s motorized outdoor recreation in recent years is due in large part to the long-term dedication and hard work of Roy Garrett.