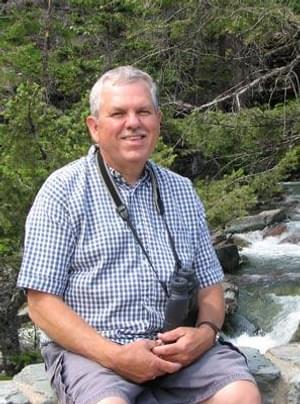 Terry Wentz was born to be outside.

Long before his first involvement with the concept of rail trails, Terry was manager of Pennsylvania’s Canoe Creek and Trough Creek State Parks. Then, in 1989, Terry was part of a small band of trail novices who first hiked the overgrown, abandoned right-of-way of the old Pennsylvania Railroad’s Petersburg Branch. That hike led to the development of the 17-mile Lower (rhymes with flower) Trail, a National Recreation Trail and one of a chain of Pennsylvania National Recreation Trails, the Pittsburgh-to-Harrisburg Main Line Canal Greenway.

Terry was a charter member of Rails-to-Trails of Central Pa., Inc., the all-volunteer non-profit group that owns and manages the Lower Trail. As a board member, Terry held every office in the organization except secretary. His guidance and knowledge of natural resources and outdoor recreation were invaluable in planning and developing the trail, but his active, hands-on work made him the “go-to guy” when something needed to be done.

Terry was constantly involved on the trail, planning and installing equestrian signing, overseeing groups of volunteer high school workers, writing successful grants for trail equipment, maintaining the trail’s events calendar and leading informative nature walks and rides. His commitment to the trail never diminished, even as he worked to establish Waxwing Associates, his post-retirement wildlife, birding and nature touring business.

Even after contracting a rare muscle disease, Terry continued his trail activities. He was a tireless advocate for trail development and routinely collected donations from trail-head contribution boxes (and made sure the boxes were maintained and repaired when needed). He researched and helped acquire equipment storage sheds for the trail maintenance crew, recruited other volunteers and board members, responded to messages on the trail’s answering machine and even made sure the trailhead restrooms were adequately supplied.

As Terry’s health declined, he continued to work for the betterment of the trail, although he needed a cane to assist in walking. At age 62, Terry succumbed to pneumonia brought on by his illness on May 30, 2010. His responsibilities have been passed on to other members of Rails to Trails of Central Pa., but four people are now providing the services Terry rendered to the Lower Trail.

His efforts, including his friendly ambassadorship for all things trail-related, are greatly missed. We are proud to nominate him for the 2010 National Trails Award as Pennsylvania’s Trail Worker.