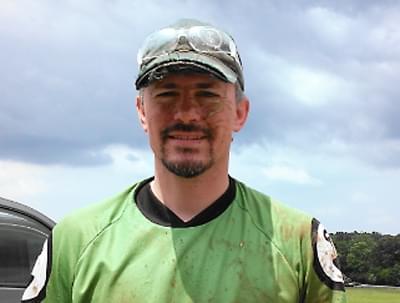 Paul has been involved at nearly every level of trail development, including design, construction, and maintenance, on over 100 miles of mountain bike trails in Indiana.

Paul served as president of the Hoosier Mountain Bike Association (HMBA) from 2006 to 2015, and continues to provide leadership as their Secretary and Chair of the Trails Committee.

One of Paul’s biggest successes has been trail access. This year he helped open some of the first miles of mountain bike trails in Yellowwood State Forest.

Paul has not only spent hundreds of hours a year working on trails, but he maximizes the effort by leading organized workdays and training fellow volunteers on trail building techniques.

Paul’s decade of hard work on and off the trail has not only benefited current and future mountain bikers, but also a variety of other trail users, Indiana’s parks and forests, and the economy of a number of small communities as they become tourism destinations for mountain bikers.
Diversity American Trails advances the development of diverse, high quality trails and greenways for the benefit of people and communities.