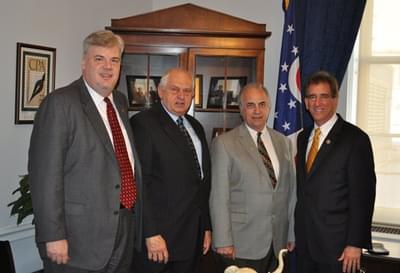 Robert A. “Bob” Fonte, Director of the Stark County Park District since 1995, has used the development of a county-wide system of trails to spur expansion of the park district in ways that were unthinkable at its founding in 1967.

With Bob’s leadership and planning Stark Parks trail mileage has increased from one (1) mile to approximately 80 miles, including 25 miles of the historic Ohio & Erie Canal Towpath Trail. A countywide plan to build 300 miles of interconnected recreational trails guides the district’s growth.

Stark Parks’ growth has supported local entrepreneurs, preserved wetlands and flood plains, added full-time and part-time jobs to our county’s economy, expanded low-cost recreation at a time when residents have less money to spend, and has directly impacted the health of residents throughout our county. Stark Parks’ partnership with the Stark County District Library was the first of its kind in the nation, and has allowed these two important public partners to expand their programming, work together, save taxpayer dollars, and provide a beautiful community asset. Two additional partnerships with the District Library are in the planning stages, as is a 1.5-mile trail on the campuses of Kent State University at Stark and Stark State College, 16 miles of rail trail, and development of a new 350-acre park. 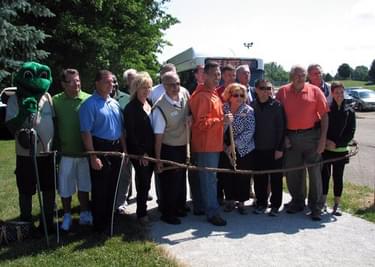 Bob became acting director of Stark Parks in 1994, leading a project to dredge the 100-acre Sippo Lake, the district’s most important asset at that time. He was named Director in 1995 and immediately began planning to grow the district’s support. He established the Friends of Stark Parks 501c3 charitable organization, initiated a large fund raising event, created a hiking frog mascot to represent Stark Parks, and conducted a contest to name “FeLeap” the frog.

More importantly he recognized the potential of the historic Ohio & Erie Canal, whose narrow dirt Towpath Trail was owned by county commissioners. He began participating in regional planning sessions to make the abandoned canal and its Towpath Trail a NE Ohio tourist attraction, and simultaneously launched a series of countywide meetings to promote development of a Stark County Trail and Greenway Plan.

He visited every elected governmental jurisdiction in the county, explaining his vision of a 300-mile system of recreational trails that would link neighborhoods to parks, schools, shopping areas; that would help showcase and connect county tourist amenities; and would complement-- not duplicate-- recreation provided by city and township park departments. The Ohio & Erie Canal would serve as the western spine of this complex of trails. A loop trail would encircle the county seat (Canton), with spokes emanating out along tributaries of the Nimishillen Creek, one of four watersheds in the county. The Stark County Trail and Greenway Plan would also serve as the guiding document to grow the Stark County Park District.

Two years later, in November 1997, voters approved Fonte’s vision of a countywide system of trails and raised the district’s tax levy to a half mill, providing over $3 million a year to transform his vision into reality. 17 local political jurisdictions contributed funds to help the county park district develop a formal trail planning document! 15 years later Stark Parks has 13 parks, and more than 80 miles of trail have been constructed, including 25 miles of the Ohio & Erie Canal Towpath Trail. In the last two years, 21 miles of trails have been opened in three major population centers representing 45% of our county’s population of 375,000. Stark Parks also has received a variety of awards, including the Greater Canton Chamber of Commerce Award of Appreciation in 2011; the Canton/Stark County Convention and Visitors’ Bureau “Best Park” and “Best Place to Spend Time with Your Family” Awards several years running; a National Assn. of Parks and Recreation Officials (NACPRO) Historical/Cultural Facility Award for our facility showcasing the history of the Ohio & Erie Canal, a National Recreation Trail designation for the Stark County section of the Ohio & Erie Canal Towpath Trail, and numerous awards from the Ohio Parks and Recreation Association (OPRA). Fonte now serves as a member of the Board of Directors of OPRA, leading advocacy efforts at the state level.

The retired director of the Stark County YMCA, one of the park commissioners who hired Fonte back in 1994, probably summed it up best: “Bob Fonte came to his position as Park Director with a unique set of skills that blends a strong knowledge of county government, with the planning skills of a civil engineer, and the business acumen of an entrepreneur. His emphasis on customer service and his ability to work in collaboration with other agencies, organizations, and local businesses has propelled the park district’s growth, strengthened its staff and programs, and increased its value to the community. His visionary leadership and emphasis on long-range planning leaves no doubt that Stark Parks will continue to be an asset to our community.”