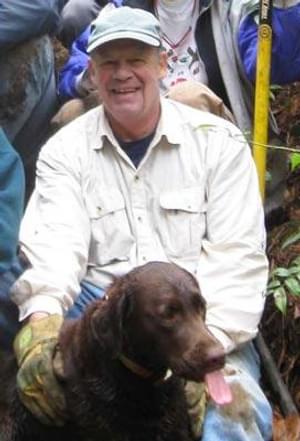 The Highlands Plateau Greenway is a non-profit organization that was created in 2005 by volunteers intent on connecting natural areas and historic sites in the town of Highlands, North Carolina, by walking and hiking trails to shopping, school, and civic destinations.

Having just settled in Highlands, Quin assumed the leadership of this group by helping it focus on five goals of recreation, transportation, beautification, watershed improvement, and wildlife habitat enhancement. With the help of a National Park Services grant based upon their Rivers, Trails, and Conservation Assistance Program, which he negotiated, the group created a conceptual map of proposed trails designed to incorporate botanical points of interest, historic sites, important birding areas, art, scenic overlooks, and other areas of natural beauty within the town.

In 2006, Quin convinced the Town Council to approve a budget allocation of $100,000 over the next three years to be used for construction and maintenance of the proposed trail, and then he secured a generous grant from the North Carolina Department of Environmental and Natural Resources. Work began with the local Audubon chapter, of which he was a member, to incorporate parts of the trail into the NC Birding Trail, a Greenway logo was created, a website was established, and a quarterly newsletter began publication.

Early in 2008 Quin filed the forms to incorporate the Highlands Plateau Greenway as a tax-exempt 501(c)(3) organization. In the fall of 2008, he led the group in acquiring a trailer; trail building equipment; a powered, tracked wheelbarrow; and a Yanmar mini-excavator for use on the Greenway. These were purchased by the Town and with the assistance of another North Carolina Department of Environmental and Natural Resources grant and donations from area businesses. In September, 2008, volunteers began restoring an old half-mile trail and constructing a new half-mile loop trail through the forest behind the Town Recreation Park. This included placing large stone steps through several steep areas, building a new bridge, and clearing brush.

In the spring of 2009, Quin spearheaded discussions with the Town Council about the inclusion of the Greenway in the Town Ordinance and in planning for new sub-divisions. In the summer of 2009, he located and hired a professional stone mason, trail builder, and former Appalachian Trail Conference crew leader to guide volunteers in the construction of a new one-and-a-third-mile loop trail through Rhododendron Park, a large forested section of Big Bear Pen Mountain that was recently donated by him and his wife to the Highlands-Cashiers Land Trust. In the end this would entail cutting three-to-four-foot widths through rhododendron and laurel thickets, pinning stone cribs, setting over 350 stone steps, and removing and replacing duff or organic layers for full bench construction on compacted mineral soil. About half the trail has been completed since the summer of 2009, and the rest has been planned and is well under way.

In the fall of 2009, a Greenway brochure and map were created, along with a booklet, describing partially completed and proposed trails within the Greenway plan, and Quin encouraged partnerships with the Highlands Biological Station, the Highlands-Cashiers Land Trust, the Bascom Gallery of Fine Art, and the Town of Highlands, within an Adopt-a-Trail program that allowed adoption of sections of the trail for continual maintenance. Included in the Adopt-a-Trail Manual were lists of recommended Native Trees and Shrubs for preservation and planting as well as Invasive Plants to avoid, which were compiled from the Land Stewards, the Highlands Botanical Garden, and local garden clubs. Also included in the booklet was a checklist of year-round and summer birds in the area and over fifty historic sites that appeared on the National Register of Historic Places or were worthy of preservation.

Membership in the Highlands Plateau Greenway in 2008 jumped from twenty-two to forty-four individuals, and between November 1, 2008, and October 30, 2009, it rose to seventy-three. Volunteer activity during the same 2008-2009 period involved fifty-seven participants contributing 1,817 hours on thirty-six work trips.

At present Quin has his sights set on completing five miles of proposed trails and spurs over the next five years with continued funding by a grant request from the North Carolina Department of Environmental and Natural Resources and $50,000 in the Town of Highlands budget for 2010. The completed trail will descend from Sunset Rock, a high granitic dome overlooking the town; through the Botanical Garden, a living museum of labeled native plant species; to Big Bear Pen, the largest current construction of switchbacks up a moderate to steep incline with a panoramic view of the mountains surrounding Highlands; down the Kelsey Trail, a 127-year-old trail, the oldest in the town, through an old-growth primeval forest; along the Mill Creek Trail, including its new loop, beneath towering hemlocks and pines; to the Bascom Art Center along a sculptured trail of native flora, a brook, and a waterfall; and continuing through a charming neighborhood to end at Mirror Lake, with a beautiful open view of the water.

In May, 2010, the Secretary of Interior officially designated the Highlands Plateau Greenway as a National Recreation Trail, one of over 1,000 other trails nationwide that encourage people of all ages to get outside and use trails for exercise and exploration. It’s to Quin’s credit that, working with dedicated volunteers, the town of Highlands, and associated partners, he inspired the Highlands Plateau Greenway to accomplish a tremendous amount in a very short time, providing a valuable resource for the Highlands community.