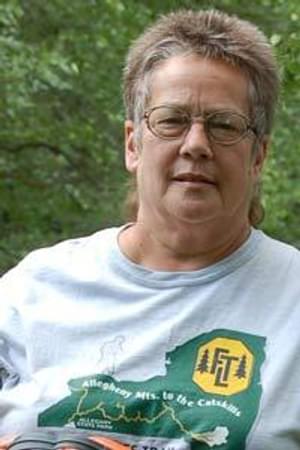 During this period she has held many positions including President as well as maintaining 17 miles of trail. In addition to Irene’s administrative and advocacy roles with the FLTC, she served in various capacities with the North Country National Scenic Trail including interim Executive Director, board member and editor of the North Star. Irene has also participated as a hiking delegate on the Statewide Trails Council since the early 1990’s. During her participation on the Council, she has served as Chairman and Secretary. As a delegate, she has assumed a leadership role and the gained the respect of all of the other trail delegates— motorized and non-motorized. Irene has been a strong advocate of not only hikers but also other trail users. She has the ability of recognizing differences between statewide issues and trail specific issues.