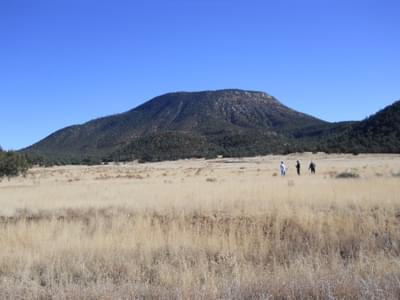 At the age of five Tom Mayer began riding dirt trails in his 20 acre backyard in Southwest Colorado.

It wasn’t until 1963 that desire to explore made him seriously begin riding the back-country trails near Durango, Co. At the time, the widest tires he could get were 1 3/8 inch, which made for a challenge on rough trails. Tom also quickly learned that low gears are essential for riding steep climbs. He experimented with different gearing systems and even built a gear system with 120 speeds, creating his own design for a mountain bike. That bicycle had a gear range from 12” to 156” and could shift a wide range very quickly. He soon became an avid biker and trail promoter.

The late 60’s and the 70’s found him exploring the highways of Colorado, Arizona and New Mexico. In 1972, Tom, along with Ed Zink, founded the Iron Horse Classic Race from Durango to Silverton. Then, in 1977, it was back to the dirt and exploring the mountains. In 1992 he was inducted into the Mountain Bike Hall of Fame.

After a several years of exploring, he decided that he should keep notes of where he went and what was there, so he could find the cool places again. He documented his exploration using paper maps, a compass and an altimeter. His son was going to school at NM Tech, so he could come out and join his dad as they explored the San Mateo Mountains. This took him to part of the state he might not have gone to otherwise.

In 1997, he bought his first GPS receiver. This made the mapping considerably easier and more accurate. He decided to compile a guide of the best single track trails in New Mexico. However, he had concerns about the implications of making this information public. He wanted to share the information, but protecting the trails was priority. Too many trails had already been turned into roads by ATVs and vehicles.

Tom is not one to do things on a small scale. One day, while enjoying the view from a peak in the Jemez Mountains, the thought came to him that he wanted to ride every road and trail in the Jemez. He immediately thought “You’re crazy! That would take more than 10 years.” He didn’t realize when he first started, that what was shown on the maps was just a fraction of what was actually there. Four years later he had done it and it had become his passion. He started his company, Abundant Adventures and published trail guides featuring a selection of some of the many trails in the Jemez Mountains. He planned to complete a whole series of guides to cover the entire area as well as the other mountainous areas of the state and southwest Colorado. His ultimate goal was to develop a single track trail system of a 1000 miles looping through the Jemez Mountains. He wanted a trip that could be done without needing support, so that people could enjoy an epic journey without it being a logistical nightmare. Hopefully, that dream will someday be realized.

Over the years, he continued to fine tune and prefect his mapping and documentation techniques. Using his engineering and computing skills and experience, he developed a system that allows him to efficiently and systematically map and document these vast areas and create very accurate maps backed up with photos and notes.

As the Forest Service Travel Management Plan started to take shape, he decided to hold off on publishing any new information until the TM Plan was completed. He knew that many of the old roads would be closed to motorized travel. Those old roads could become the backbone of a non-motorized trail network. With this in mind, he mapped and documented nearly every road and trail in the Jemez Mountains, the Sandias, Cedro Peak and other areas around Albuquerque, the Pecos Mountains, Caja del Rio, the Durango area, Mount Taylor, the east half of Zuni Mountains, the San Mateo Mountains, and parts of the Magdalena Mountains, the Quebradas, Taos Mountains and Crested Butte, Colorado.

He worked with the various districts in providing information for the formation of the Travel Management Plan. In 2011,working with the Zuni Mountain Trail Partners in the development of the new trail network was very rewarding for him. Using his data, expertise, intimate knowledge of the area and trail work experience he was instrumental in the planning of the east half of the network. He plans to continue to be active in the development of non-motorized trail networks.

Tom worked hundreds of hours locating potential routes in the Zuni Mountains for mountain bike trails for the ZMTP. Using GPS he located potential routes, then mapped them using great skill. He used his personal knowledge about computer systems to arrange and display the information so ZMTP team members could assess the best routes and develop a proposal to the Forest Service for a network of stacked looped trails from Gallup to Grants, New Mexico. He volunteered many hours in the arrangement and application of data that saved hundreds of hours in the review of potential routes. His personal insights about trail design and on the ground information was vital to the success of developing a world class trail system proposal.

Throughout the years, Tom has also devoted hundreds of hours to trail construction and maintenance. He also teaches mountain bike classes for all levels, but especially enjoys the advanced technical single track classes.

Today, Tom lives in Albuquerque, NM. With his wife Esther and son Andy. He rides year-round, almost exclusively on single track. His favorite riding is very technical single track, especially climbing. Tom feels that it is important to “pay your dues” by working and volunteering with the Forest Service, BLM, Open Space and I.M.B.A. Over his lifetime he has worked on the construction of new trails and the maintenance of existing trails, donating countless hours toward the development of new trails and the promotion of existing trails.

The Zuni Mountain Trail Partnership would like to nominate Tom for all of his lifetime contributions to the development and promotion of trails. We have had the privilege of working with Tom over the last two years as he assisted with the GPS mapping, design and planning of a new trail system for the Zuni Mountains. Tom has devoted many hours of volunteer work just on this single project alone. Please give him your highest consideration for the Lifetime Service Award.