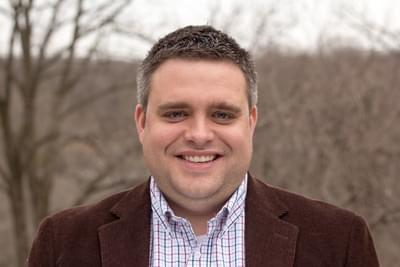 Silas Chamberlin, PhD, brings a novel perspective to his work on trails.

Trained as a historian, he has extensive professional experience as a non-profit manager and a government official. The common thread tying his many experiences together is a fascination with trails and a deep commitment to promoting their development and use throughout Pennsylvania and the nation.

Although relatively early in his career, Chamberlin has amassed a number of significant achievements that have advanced the trails community, often in unconventional ways that extend well-beyond actual trail construction. Chamberlin earned his doctorate in environmental history from Lehigh University and is a recognized academic authority on the history of trails and contemporary trail policy. He began his academic study of trails with a master’s thesis on the history of hiking and trails in Pennsylvania, which was published in the journal Pennsylvania History as, “To Ensure Permanency: Protecting and Expanding Hiking Opportunities in Twentieth-Century Pennsylvania.”

In 2014, Chamberlin completed his dissertation, “On the Trail: A History of American Hiking.” His work represents the first comprehensive national history of the American hiking community and its efforts to build, maintain and promote trails from the mid- nineteenth century to present. The dissertation earned Lehigh University’s Dean's Award for Best Dissertation, given to a graduating PhD candidate who has made “unusually significant and original contributions to their field.” His book proposal is under review with several presses. Chamberlin has shared his research at the nation’s leading academic conferences, including the American Society for Environmental History, the Urban History Association, and the American Historical Association, among others.

In recent years, Chamberlin has launched a second research project on the rails to trails movement, focusing especially on grassroots opposition to rail trails. His hope is that by understanding the complex, divergent meaning of rail trails for different groups, trail planners and policymakers can better anticipate and—where possible—accommodate criticism that might otherwise prevent a trail project from happening. Landscape Architecture Magazine, a monthly- magazine with a circulation of 60,000, recently published his article, “The Other End of the Tracks,” which outlines the sources of opposition, which range from legitimate concerns about privacy and property rights to irrational, xenophobic fears. 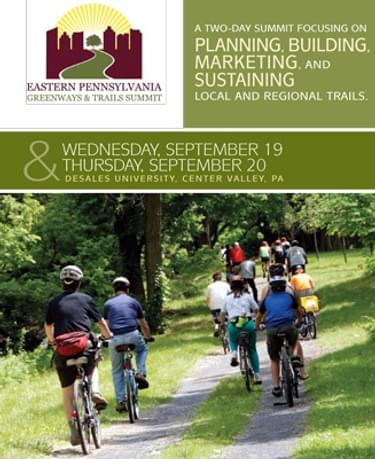 In 2014, a lengthier essay on the topic won the Donald. T. Campbell Award for outstanding social science research, and the Association for Environmental Studies & Sciences recognized Chamberlin’s paper on the topic as the best presentation its 2013 conference. Throughout his career, Chamberlin has made a concerted effort to share his research on trails well-beyond the academy. Since 2010, he has served as a Pennsylvania Humanities Council Commonwealth Speaker, a prestigious position which has allowed him to give his hour-long talk “Hiking in Penn’s Woods: A History” to public audiences throughout the state.

While earning his degree, Chamberlin has also worked on trail development and advocacy on a regional and statewide level. Between January 2008 and March 2014, Chamberlin served as Director of Stewardship at the Delaware & Lehigh National Heritage Corridor, one of the nation’s first and most active National Heritage Areas. In this senior management position, Chamberlin supervised four staff members working on a number of trail- related programs, including a two-county Landscape Conservation Initiative that oversaw the development of a regional trail network in the Lehigh Valley.

His most important achievement at the Corridor was to found the multi-municipal D&L Trail Alliance, a partnership of more than 100 federal, state, and local stakeholders in the development and stewardship of the 165-mile D&L Trail. Within its first two years, the Alliance had matched more than $300,000 in private funding to state and federal funding sources to ensure that the D&L Trail could be successfully maintained in the future. The D&L Trail Alliance has become a model for other Pennsylvania trail organizations. In recognition of his achievements at the Corridor, in 2013, the Lehigh Valley Business Journal named Chamberlin to its inaugural list of 40 business leaders under the age of 40 who are “making headlines in their fields and share a commitment to business growth, professional excellence, and the community.”

In March 2014, Chamberlin left the Corridor to accept a Regional Adviser position with the Pennsylvania Department of Conservation & Natural Resources. In this role, Chamberlin serves as the liaison between the department and a fourteen-county region of eastern Pennsylvania on trail development and funding opportunities, as well as a number of other community, conservation, and recreation initiatives.

In his time with DCNR, he has already helped to advance a statewide vision for trails by facilitating the first combined meeting of the state’s National Heritage Areas, Conservation Landscapes, and Statewide Trails Advisory Committee and helping these often-isolated groups to develop consensus around their shared goals for the trails community. This work is directly informing the trails component of DCNR’s forthcoming Statewide Comprehensive Outdoor Recreation Plan. 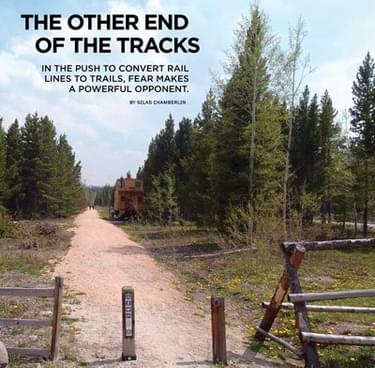 Throughout his time as a non-profit and government trail worker, Chamberlin has always prioritized opportunities to bring the regional trails community together to share best practices and learn from one another. In 2012 and 2014, Chamberlin served as chairman of the planning committee for the Eastern Pennsylvania Greenways & Trails Summit, a two-day conference that attracts approximately 175 people from eastern Pennsylvania and beyond. Held every two years, the summit is the region’s premier trail event and rivals the statewide conference in terms of attendance and content.

Chamberlin has also organized numerous smaller workshops focusing on specific issues. In the spring and summer of 2013, Chamberlin organized two regional workshops on Accessible Trails and Safe Trail Crossings—the two most pressing issues in the region’s trails community. Each workshop attracted 75 people and featured presentations from PennDOT, DCNR, engineers, planners, and accessibility advocates. In addition, Chamberlin has served on the planning committees for the last two statewide trail conferences. When not hosting events, Chamberlin has served as keynote speaker and panel member at numerous statewide and regional trail summits, economic develop forums, and planning conferences.

Like most trail workers, many of Chamberlin’s contributions have been as a volunteer. In 2011, he was appointed to Pennsylvania’s Statewide Trails Advisory Committee and selected as chairman of the Stewardship Subcommittee. As a member PTAC, Chamberlin founded Pennsylvania’s first Trail of the Year Award, which annually honors one trail for its statewide significance. The award is the state’s primary way of recognizing and promoting its world-class trails. Chamberlin has also served on numerous steering committees and boards working to advance region trail projects. He served on the original steering committee that founded and branded The Circuit: Greater Philadelphia’s Regional Trail Network, a regional initiative that has already secured at least $30 million in private, federal, and state funds for trails in southeastern Pennsylvania.