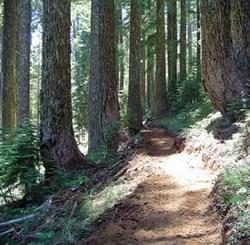 The original trail was built in the early 1900s, and was utilized in the 1930s by the Civilian Conservation Corps to keep in shape by making the steep climb to the lookout tower, perched atop the mountain until it burned in the 1960s.

The trail passes through the Brewer Spruce Research Natural Area and accesses some of the most unique habitat and vegetation in southwestern Oregon. Trees such as Brewer's spruce, Shasta red fir, Alaskan yellow cedar (the southernmost range), and Port Orford cedar offer opportunities for interpretation along the route. 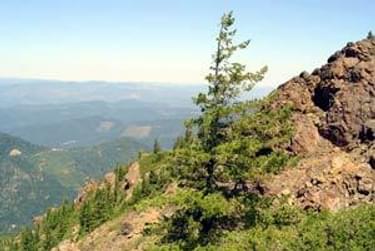 An additional two to three miles are proposed for reconstruction. The work was accomplished through contract with a local contractor, providing six months of work. $8,000 in RTP funds were used on this project.

With this project, access that was not readily accessible for decades, has been reopened, extending approximately five miles of its original route.

The historic features in the area are also of interest as the public improves their health by hiking this reconstructed trail.