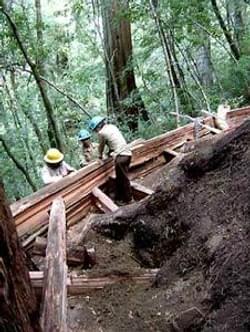 The Johnson Camp trail project improved the public's access into this portion of the Park.

The Johnson Camp Trail Improvement Project is located in Humboldt Redwoods State Park, California. The Park has the largest stand of old growth redwoods in the world - 30,000 acres.

The $234,922 project removed two miles of steep, deeply eroded road, available only to hikers, and replaced it with five miles of new trail, on moderate grade, available for hikers and equestrians.

For CCC crews, the work also offered class room and field training by State Park trail staff in a variety of trail design and construction subjects.

The project improved the public's access into this portion of the Humboldt Redwoods that undoubtedly will become the most popular trail in the park. 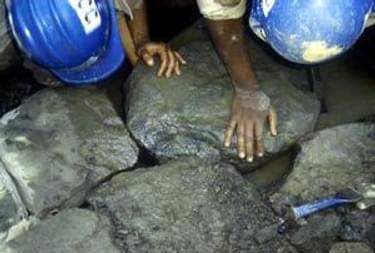