A business or corporation must have demonstrated significant, sustained, and exemplary service to trails planning, implementation, and/or recreation. 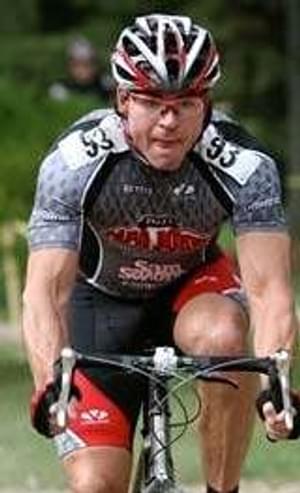 John Schnatter has always had the ability to take an idea and turn it into a global reality.

As a teenager, John started making pizzas in a small town in Southern Indiana. Focusing on the theme of a great product made with quality ingredients, he built a worldwide pizza company (Papa John’s Pizza) with over 3,000 stores.

Schnatter, an avid bicyclist and outdoor recreationalist, has applied the same vision to trails— building on his bicycling passion and sense of stewardship of the outdoors. Schnatter, his wife, Annette, along with Evergreen Real Estate, LLC.— one of his companies— have together contributed close to $4 million toward the creation of trails and greenway improvements in the Greater Louisville, KY area.

This includes a $3 million contribution to the Louisville regional trails effort. The Schnatters and Evergreen Real Estate then went beyond making one of the nation’s largest private financial contributions to trails to create a first-class trail and greenway on property the company owns in the Louisville area. They conceived of— and built— the Anchorage Trail along nearly a mile of a spectacular stream valley adjoining the community of Anchorage, KY. 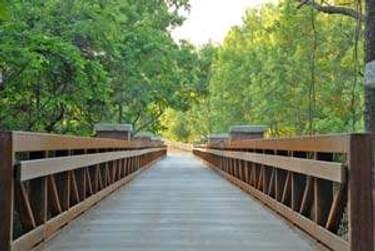 A new bridge along the Anchorage Trail system

The new trail also links to the historic village center of Anchorage and provides direct access to the nearby public school. Parents, teachers and students from the school participated in the planning of the project and the school plans to be intensely involved in the conservation/interpretive areas.

Another project will be planning a student garden that will produce vegetables and other crops a portion of which can be provided to the Louisville Zoo to supplement animals’ diets. In the future there is potential to link this mile-long greenway to nearby E.P. Tom Sawyer State Park and the proposed 100-mile Louisville Regional Greenway loop system. 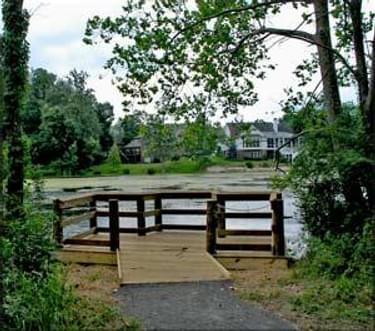 Trails are a key element of the new community in Anchorage, KY

In addition to the wooded areas and meadows, the Witherspoon Greenway site includes a lake and accessible fishing dock. The site has been described as a “timeless landscape” as once on the site, though in an urban area, the views reveal little sense of the surrounding developed area.

John Schnatter and his Evergreen Real Estate team have created a priceless legacy for Louisville and an inspiring model for other landowners and companies nationwide. He chose to preserve priceless land, create a first-class, state-of-the-art trail and offer these amenities for the benefit of the public.