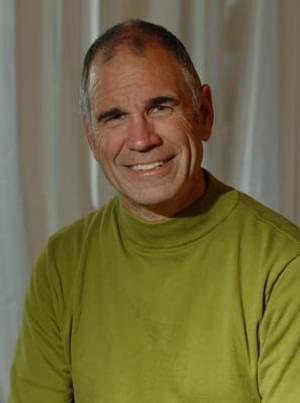 For over many years, Carl Voss has worked to make Central Iowa more bicycle friendly.

Carl not only enjoys cycling himself, he is proactive when it comes to making a difference in the cycling community and is committed to bringing change.

2008 Carl co-founded the Des Moines Bike Collective. The Collective offers classes in bicycle maintenance, repairs and safety. Recycled and refurbished bikes are available at a low cost, often free, for individuals who want to own a bike, but can’t necessarily afford to purchase one at a local retailer. In 2009 alone the Collective donated and bargain sold over 290 bicycles.

Carl is a member of the Capitol Striders running club. He is also on the race committees for the Living History Farms Cross-Country Race ( “the biggest Cross Country race in North America”) and several other local races. Carl is a member of the Des Moines Trails and Greenways Advisory Committee, Central Iowa Regional Bicycle and Pedestrian Roundtable, Des Monies Bicycle Master Plan, and Capitol Planning Commission where he is a strong advocate for policy and design change that will allow active lifestyles and create a healthier community.

Carl is an active member of what used to be called the Bike to Work Week Organization Committee— now it's Bike Iowa Month! This year the committee successfully expanded the celebration and advocacy from one week in May to the entire month of May. Carl helped to develop the event agenda and spent many hours during the month to personally promote cycling as a viable commuting alternative. For Bike to Work Week in 2009 there were over 2,300 riders register.

Carl designed Central Iowa’s first regional bicycle map. The map features trails, on-street facilities, amenities and recreational opportunities for over five Central Iowa counties. Over 63,000 of the maps have been distributed to date through local city park departments, and regional bicycle shops. The map is detailed but also compact, a perfect resource for bicycle-sized packs and bags.

Carl coordinated the installation of public art bike racks throughout Downtown Des Moines’s East Village District. Not only have the bike racks been an encouragement to cyclists to patronize the local businesses, but they have also helped with the area’s renewal and beautification project.

Carl has worked hard to educate Des Moines residents about cycling safety and is a League Cycling Instructor (LCI), a designation from the League of American Bicyclists. He also spearheaded the fundraising effort for a “Share the Road” billboard on a Des Moines Metropolitan public bus. He has also advocated and strategized with Des Monies Area Transit to provide bike racks on all public buses.

Carl helped to drive the community demand for a road diet on one of Des Moines most popular arterials, Ingersoll Avenue. The new bike lanes that resulted from the restriping project have created a major commuting connection between Des Moines residential area and downtown.