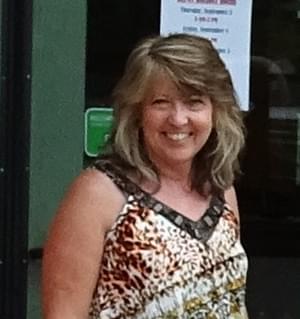 Thanks to Angie’s leadership, the Cardinal Greenway has received well-deserved recognition as a major community asset.

Since 2008, Angie has played a role in the development of the Cardinal Greenway, a 62-mile rail-trail in East Central Indiana. As Chief Executive Officer, Angie oversees maintenance, management, trail development, and a variety of large annual events. Thanks to Angie’s leadership, the trail has received well-deserved recognition as a major community asset. This recognition comes in the form of countless residents and visitors using the trail on a daily basis, as well as the trail’s receipt of major awards. Angie is a representative on the Indiana Trails Advisory Board, and a board member on the Greenways Foundation of Indiana. In these roles, she advocates for trail-friendly policies, sustainable funding, promotes trails across the state, and provides technical expertise to colleagues. Angie is also a stakeholder for the development of Governor Holcomb’s new Next Level Trails grant program. As the Cardinal Greenway progresses past its 25th anniversary, Angie will continue to partner with local organizations and community leaders in order to improve the health and quality of life in East Central Indiana through the further development and activation of the trail. Angie’s efforts on Indiana’s longest trail, as well as those to better the state’s trail system, establish her as an outstanding trail leader in Indiana.