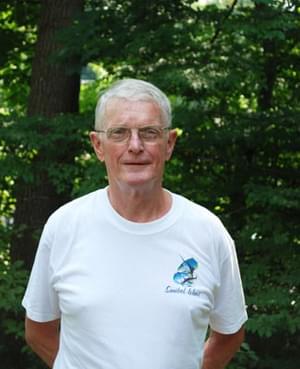 Joe Hickey has given a lifetime of service to protecting and preserving Connecticut’s trails and open space.

Joe’s knowledge of the Connecticut landscape and trails is unmatched. He has walked up and down every hill and knoll in the state scouting new trail routes, trail connections, and land preservation opportunities.

In his “youth,” Joe worked in various capacities at the CT Department of Environmental Protection (DEP) in the State Parks Division. There he was involved in the development of several State Outdoor Recreation Plans which were a requirement for receipt of Land and Water Conservation Funds. For years Joe served as the state’s Trails Coordinator and, while with the agency, he was a leading advocate for trail development within the DEP. While with the agency, Joe was additionally responsible for implementation of the Recreation Trails Program (RTP) in Connecticut.

Joe was also instrumental in forging a creative partnership between the Connecticut DEP and the Connecticut National Guard to develop the Air Line State Park Trail, one of the state’s first rail-to-trail projects. Guardsmen honed their equipment and construction skills as they cleared and graded the old rail bed, and the DEP realized huge cost savings along the way. Several subsequent trail projects benefited from this unique bond.

Following his retirement, Joe became a much sought-after volunteer. He has been active in the Land Conservation Coalition and successor organizations like the Open Space Task Force. Joe was appointed by Governor Rowland/Governor Rell to the CT Greenways Council, on which he has served for over 10 years. For his work with the Greenways Council, he was awarded their Lifetime Achievement award in 1999. Joe is also an esteemed member of the CT Environmental Review team, a group of professionals who volunteer their time to evaluate the environmental impact of projects around the state.

Absolutely instrumental in land protection efforts along the blue-blazed trail system, Joe provides CFPA with a working vision for protected lands and trail corridors across the state. His development of the proposed East-West Trail will someday link two of Connecticut’s most treasured trails, the Appalachian & New England Trails. You can ask Joe about any trail, proposed trail, re-route, or anything else and he can tell you who he talked to, what happened, why, and its current status. He has always been someone who is unafraid to “tell it like it is” where trails are concerned.

Joe Hickey has unquestionably given a lifetime of service to Connecticut’s hiking trails. His passion and advocacy for trails as an agency man and as a volunteer has spanned five decades. Anyone in-the-know still consults with Joe when they have questions about the 825-mile blue-blazed trail system, the status of the trails and the current negotiations surrounding trail protection. Joe is known and respected throughout Connecticut’s trail community for his tenacity, his vision, and, of course, for his well-handled and much coveted set of annotated topographic maps.