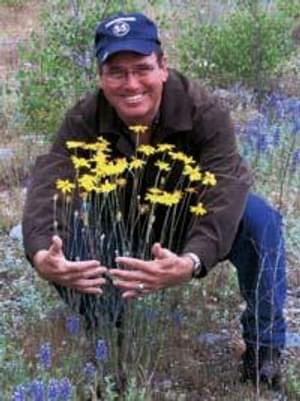 The retired Air Force and American Airlines pilot has been a member of the SGWA for 14 years.

Most of Ted's volunteer time has been spent on trail patrols, trail maintenance, and restoration projects within the Wilderness. Ted has run the Earth Share Combined Giving Campaign in Riverside and San Bernardino Counties. The funds raised through this endeavor are used to help run the SGWA programs and maintain the high quality of stewardship in the Wilderness. As the Forest Service has cut funding Ted took over the fundraising activities. He has been highly visible in bringing the stewardship endeavors to the public by actively volunteering on trail work, but also by participating in the Forest Festival which is open to the public each August, and in the annual Fish Festival for abused and battered children. It is in these efforts that SGWA teaches the public about the importance of stewardship to the resources of the San Bernardino National Forest.

In 2007 when the Forest Service reduced seasonal trail crew activities, Ted completed a sawyer certification course so he could help remove the large number of fallen trees blocking the wilderness trails. He has led groups of volunteers in trail clearing, with two-man saws and hand tools as not power tools are allowed in Wilderness. Ted has also expanded fund raising to include film festivals.