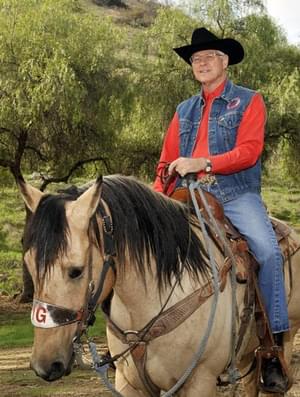 Supervisor Antonovich has great responsibility for all areas of government including multi-use (equestrian, hiking and mountain biking) trails programs and multi-use trails issues.

Since first elected in 1980, Supervisor Antonovich has served the ten million residents of Los Angeles County, specifically the two million residents of the Fifth Supervisorial District. The Fifth District encompasses an area of more than two thousand square miles across all or part of the San Gabriel, Pomona, San Fernando, Santa Clarita and Antelope Valleys; including 86 County Parks and the Angeles National Forest.

During this time, Supervisor Antonovich has approved the allocation of millions of dollars in County funds to create, improve, and expand park and recreation facilities such as bike paths, multi-use trails, and public access points i.e. trailheads and trail staging areas. In addition, the number of planned trails throughout Los Angeles County has increased due to the Supervisor’s direction to the Department of Parks and Recreation and through funds provided by his office.

In 2009, Supervisor Antonovich awarded grants of County funds to expand, rehabilitate, and improve 15 trails in 19 cities from Claremont to Lancaster, in amounts of up to $150,000 each. While these funds could have been allocated to other projects, he specifically chose trail improvement projects. The trail improvement projects consist of a variety of types of projects such as the Claremont Hills Wilderness Park Access Improvements Project; the Armagosa Creek Pathway Trail; the Warnack Nature Park Trail; the Catalina Verdugo Trail; the East Walker Ranch Trail System; the La Crescenta Regional Trail Link and the Cherry Canyon Trails Improvement Project.

In 2007, Supervisor Antonovich led the Board of Supervisors to vote to increase the number of miles of trails proposed for the County’s multi-use trails’ master plan. The master plan included approximately 191 miles of proposed new trails in the Santa Clarita and Antelope Valleys. The plan assisted the County in preserving the historical multi-use trails, specifically the equestrian lifestyle in this part of the county and encourages the creation of additional open space in perpetuity.

In December 2006, Supervisor Antonovich joined Save Chatsworth Inc., the Santa Monica Mountains Conservancy, local community groups, volunteers, and elected officials to dedicate the Chatsworth Trails Park for equestrians and hikers. The 13-acre park space formerly known as “Horner Park” was purchased by Presidio Chatsworth LLC to prevent another developer from buying and building houses at the site. 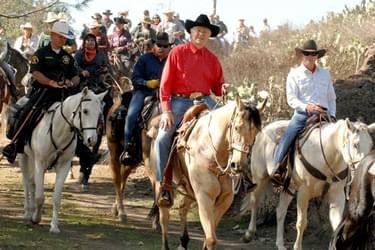 By agreement, the Santa Monica Mountains Recreation and Conservation Authority took over Presidio’s position in escrow for the purchase. Supervisor Antonovich’s Trail Grant program provided $835,000 from Proposition “A” grant funds to cover the cost of the critical land purchase. Another example of Supervisor Antonovich’s ongoing commitment to trails is the funding of the Los Angeles County Multi-Use Trails Manual (Trails Manual), which was completed and adopted by the Los Angeles County Board of Supervisors in May 2011.

The Trails Manual establishes the necessary planning, design, construction and maintenance guidelines to ensure the quality of the recreational experience provided by existing and proposed County trails. It was developed as part of the first phase of a grant awarded by Supervisor Antonovich for the development of a master plan for multi-use trails in the Northwest San Fernando Valley area in collaboration with the City of Los Angeles; referenced as the “Northwest San Fernando Valley Area Trail Plan including the Rim of the Valley”. This important document is being considered by other agencies as the model for their trails manuals.

In addition, Supervisor Antonovich provides funding for, hosts, and participates in a day-long equestrian trail ride along different trails throughout the County. The “Antonovich Trail Dusters Ride” began in 1992 and due to its growing popularity it became a bi-annual event. The purpose of this event is to promote public awareness of the vast trail system throughout Los Angeles County which connects with other municipal trail systems for the enjoyment of enthusiasts. Thousands have benefited some experiencing riding horse for the first time.

Supervisor Antonovich has provided guidance and leadership towards enhancing the existing trail system in the northern portion of the County and moving forward with the adoption of additional trails within the County’s 5th Supervisorial District. He has funded a trails team to focus on the planning, designing, and constructing of these trails. It is this dedication which lead to the California Recreational Trails Committee, a seven-member committee appointed by the governor to provide guidance to local, regional, statewide and national trails programs, to honor Supervisor Michael D. Antonovich with the 2012 Lifetime Professional Achievement Award for his efforts in supporting the preservation and management of the Los Angeles County trail system for hikers, mountain bikers, and equestrians.

For over 30 years Los Angeles County Supervisor Michael D. Antonovich has provided strong and consistent support for multi-use trails; has provided significant funding for planning and constructing multi-use trails; continues to provide a vision for planning and expanding trails; works in cooperation with other jurisdictions such as the City of Los Angeles, Santa Monica Mountains Conservancy, California State Parks, U.S. Forest Service to make trails both inter-connective and user friendly; supports all trail advocacy groups; and finally provides an example to the community as a personal user of trails.