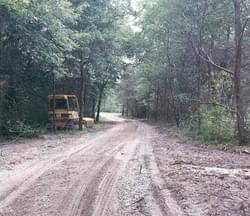 Installing the base course on the new trail

Improving access for off-highway vehicle recreation and other trail users by constructing three miles of new trail and an underpass beneath a four-lane State highway.

The area around Black River Falls is a very popular destination for ATV, UTV and snowmobile use. The previous at grade crossing of State Highway 54 created a very dangerous situation for trail users trying to access the much needed services located in the City of Black River Falls.

Dave Newman, President of the Association of Wisconsin Snowmobile Clubs, wrote: "The project was only possible because of the support from the many partners who took part in the planning and construction of the project. Because of the efforts of the Jackson County Forestry and Parks Department and their partners the trail users now have safe access and the businesses in the area can reap the benefits of the improved access."

Planning for this project began in 1995. Through a series of land and easement acquisitions, the County was able to move forward with the design and layout of the current trail corridor. Several sections of the trail utilize abandoned rail corridors which were purchased utilizing a combination of State grant funding and County tax levy dollars.

Other key linkages to aid in the development of the final corridor were provided by the Wisconsin Department of Natural Resources, City of Black River Falls and various private stakeholders who recognized the economic benefit of the new trail. The Wisconsin Department of Natural Resources is also providing direct access to the trail to their Customer Service Center. This access will provide trails users with a variety of resources including registration and title services for ATVs, UTVs and snowmobiles.

Prior to the project completion, trail users were limited as to what services they could access due to physical barriers including Interstate Highway 94, State Highway 54 and private properties. The trail system dead ended at a hotel complex on the east side of Interstate 94, and no access was available west of the Interstate.

County's purchase of a rail corridor that passes under Interstate 94 was the cornerstone of the new trail. This was the key component to overcoming the most difficult physical obstacle. Once this was accomplished, the remainder of the private property easements were secured, providing the path to connect the east and west side of Interstate 94.

The new project serves a variety of year round recreational uses. During the summer months the trail is currently used by ATVs, UTVs and dual sport motorcycles. Pedestrians also utilize the underpass on State Highway 54 to walk from lodging establishments to restaurants located on the opposite side of the highway. Future use will include bicycle traffic as a new trail is in the conceptual planning phase. The new bicycle trail will connect the residential areas of Black River Falls with the Industrial Park which is a short distance from the new underpass.

The underpass will quite probably be the only portion that is shared with motorized traffic. The anticipation of these shared uses prompted the County to install a user operated flasher system to warn motorized traffic that nonmotorized traffic is using the underpass. During the winter months, the trail is shared by ATVs, UTVs and snowmobiles. This project is a showpiece for maximizing potentially conflicting uses in a safe and efficient manner. 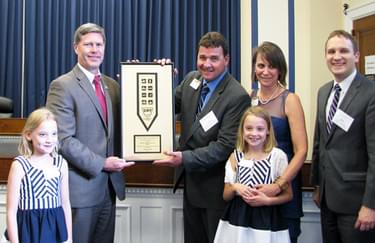 The new trail corridor passes through five independent political jurisdictions including the Jackson County Forest, City of Black River Falls, the State of Wisconsin Department of Transportation, the Town of Brockway and the Wisconsin Department of Natural Resources. Jackson County was the sponsor for the project and took the lead in presenting the proposal to the other partners involved with the project.