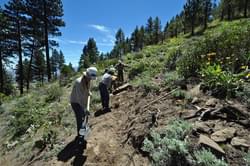 In 2006, Carson City, NV updated their Unified Pathways Master Plan through a very comprehensive, community oriented process. At that time, a trail “desired line” between two major canyons (Ash and Kings) on the west side of Carson City was added to the plan. This addition was a major “breakthrough” in local thinking about areas around Carson City which could be developed for recreation access.

Prior to this time, the foothills on the west side of Carson City were viewed primarily for watershed conservation purposes and had not been considered for trail access. The addition of a trail “desired line” helped materialize the concept that in-town pathways could be linked to our magnificent surrounding landscapes.

In 2009, the non-profit organization, "Muscle Powered: Citizens for a Walkable and Bikeable Carson City," decided to adopt this project and lead an effort to build a non-motorized, multi-use trail for hikers, runners, mountain bikers and equestrians. This seven-mile trail corridor includes about five miles of Forest Service land, about two miles of Carson City Open Space land and a small segment of private land. While every effort was made to map all of the trail on public lands, the topography required this small private land segment in order to build a sustainable trail.

From 2009 to 2012, a Muscle Powered team of experienced volunteer trail-builders began scouting the area to determine feasible trail routes. This was a collaborative process within the team and the result- ing trail design exceeded expectations for scenic vistas, safety and sustainable grade for all levels of hikers, bikers, runners and horseback riders.

Once permissions for access to public and private lands was granted and the necessary contracts and studies completed, actual construction of the trail began in June, 2012. It was finished in February, 2015 with the installation of the Ash Canyon bridge and dedicated in August, 2015. Completed segments of the trail were available to users during this three-year building period. 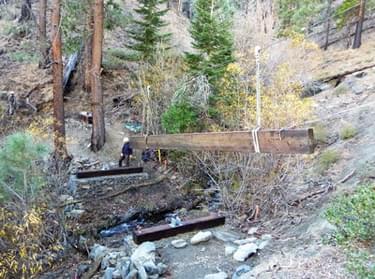 One of the critical collaborative partners to the project was Great Basin Institute, located in Galena, NV, an interdisciplinary field studies organization that promotes environmental research, education and conservation. Joining the project in 2012, GBI received a Recreation Trails Program (RTP) grant for $159,000 for creation of this trail. This generous grant was used to support Nevada Conservation Corps (NCC) work crews which built trail on the Forest Service portion of the land during the summers of 2012, 2013, and 2014.

NCC harnesses the energy and idealism of youth to meet the needs of Nevada public lands through field research and direct conservation service and their youth workers provided invaluable help to complete this portion of the trail. The RTP grant through GBI also provided funding for the purchase of a bridge over North Kings Canyon Creek. This bridge was assembled on-site by Muscle Powered volunteers and the grant also paid for a kiosk and signage to provide trail access information at the south end of the trail.

Another source of grant funding was from Carson City Open Space which received a grant for $70,000, also from RTP. This grant paid for the second required bridge and its installation over Ash Canyon Creek. The third RTP grant for $12,500 was awarded to Muscle Powered for trail construction tools, with Carson City Open Space providing initial funding which was later reimbursed by the grant.

The project would never have been completed without the labor of love of many volunteers. The total number of volunteer hours given to this project is almost 8,000 hours over a three-year period. At an average prevailing wage for unskilled and skilled labor, this is a monetary equivalent contribution of about $146,770 (using an average wage of $18.46/hr) for the primary trail-building period. In 2012 volunteers worked 1,392 hours; in 2013, 2,578 hours; in 2014, 3,980 hours. 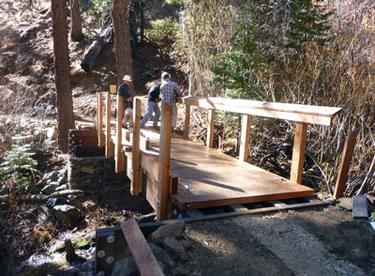 The economic impact to Carson City is just beginning to be realized although it is projected to be substantial over time as Carson City is “discovered” for its amazing network of trails. In testimony to the quality of the trail, Epic Rides has scheduled one of three National mountain biking races on this trail in 2016 and has signed a five-year contract for future races using this trail.

The Carson City Visitors Bureau estimates that up to $14.5 million will be driven into the local economy as a result of this five year event. In addition, Jeff Potter, Project Lead for the Ash to Kings trail, was awarded a prestigious National Trail Worker of the Year award by the American Trails organization in 2015 in recognition of his contributions and support for trail planning, development and maintenance, particularly for the Ash to Kings trail. He was also recognized as a “Volunteer of the Year” by the Carson City Parks and Recreation Department for his dedicated work on creating this trail.

Current use of the trail is primarily hiker/runners and mountain bikers. Estimates are approximately 500 users per month during peak season (spring/fall). Summertime use drops off due to the heat and the fact that higher elevation trails are free of snow and thus more available to all users.

We believe that the greatest impact of this trail has been the improvement of the quality of life around Carson City. Both users and the various Carson City supporting organizations (Parks and Recreation, Visitors Bureau, local hiking and biking groups, etc.) agree that the Ash to Kings trail has added greatly to outdoor recreation options in the area. Families can be seen hiking and biking together, sharing an outdoor experience that was not possible before the Ash to Kings trail was built.

The trail takes users on a journey over two creeks (one crossing above a beautiful waterfall), climbs from the valley floor into the higher elevation of pine forest, passing magnificent rock formations with amazing views of Eagle Valley, Washoe Valley, Carson Plains, and Carson Valley. On clear days, trail visitors can see mountain ranges 100 miles away. 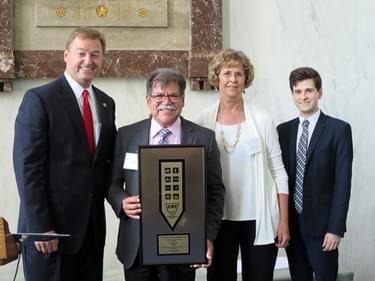