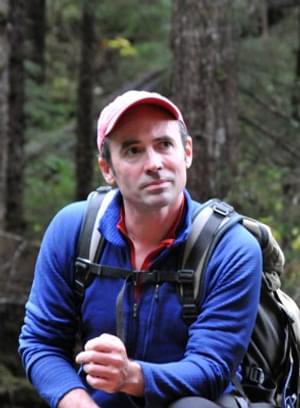 Barth Hamberg has served as a Landscape Architect on the Tongass National Forest in the Alaska Region of the National Forest System for his entire career, starting as a volunteer while still a graduate student at Harvard University in 1982.

Barth has had an intense interest in all aspects of trail planning, design, and construction throughout his career. In addition to working on trail systems throughout southeast Alaska, he consulted in 2012 with trail designers in south central Alaska for design of portions of the Iditarod trail.

Barth has planned and designed the trail system for the Dutch West Indies island of Saba and most recently (winter 2012) traveled to Uganda to design trails and train parks personnel in trail building technique at national parks in Uganda, an effort that continues today with the planned compilation of a handbook for trail construction and maintenance for Ugandan park personnel.

Barth has gained a reputation wherever he has worked for the innovation, quality, inspiration, and creativity he brings to every task. In his role as a landscape architect on the Tongass National Forest, Barth interacts with local community governments, multiple trail organizations, contractors, partnering organizations, and national forest recreation and trail staff. People who work with him consistently praise his creativity and design skills, as well as his ability to work well with people.

As one trail director described it: “Barth didn’t come in and tell us we had to have this or that; he educated us, he provided us with options to choose from, he described the end results of various choices, he let us decide. In the end, we owned the trail. Under his guidance, with his creative approach, we developed a trail system that fit our community, it blends with nature, and the community loves it.” Barth sees every contributor, every contractor, and every partner as someone with something to offer. “Everyone is educated,” he says, “it may not be a formal education, and it may focus on something different, but everyone has learned something in life, and everyone has something to offer.” He is the expert, and at the same time, he learns from others, as he teaches, as he designs.

Barth’s approach to working with people to design a trail system results in trails that peak interest, provide the excitement of discovery, blend with the natural world, and that will endure for generations. Barth’s dedication to high quality trail planning and design as well as his pioneer work in contract preparation for high quality trail construction has had a major effect on trail planning and design in the Alaska region. Early in his career on the Tongass NF Barth developed many improvements to the wood trail structures such as boardwalk and puncheon trails traditionally used throughout the region. 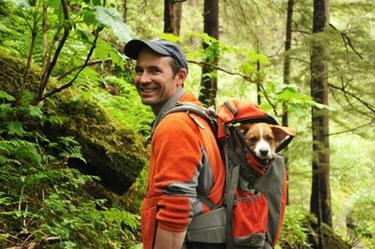 He produced many detailed and high quality plans for such trails but came to realize that the limitations of wood as a trail building material, even in a temperate rain forest such as the Tongass where wood material is abundant, made such trails hard to sustain. He began to experiment with materials such as gravel and stone as more sustainable materials for trail building, even though procurement and use of these materials in SE Alaska can be difficult and expensive. He also became convinced that contracting trail work out to private companies is often a very effective way build a high quality trail; therefore he has dedicated his efforts to not only design trails but to creating excellent contract drawings and documents and administering contracts to assure quality.

Barth’s persistence as well as his insistence on high standards for trail construction has resulted in many high quality trails throughout the region. Through Barth’s persistence and creativity, the quality and longevity of trails in the Alaska region has increased markedly during his career. His influence and leadership will continue to add value to trails as a resource for future generations of Alaska residents and visitors.

In his career, Barth has worked on well over a hundred trail, viewshed, park and building designs for National Forests, local communities, and international forests. In just the past two years Barth has worked on the following trails as both designer and contract administrator:

• George’s Island Trail completed June 2011 – a .5 mile trail from an anchorage across the island to WWII era gun emplacements overlooking Cross sound that is very popular with local people (2 miles from Elfin Cove) and with cruise ship tourists.

• Lake Eva Trail completed July 2011 – a 2.9 mile trail from salt water to Lake Eva, a popular cabin site is a short skiff ride from the end of the trail.

• Cross Trail Bridge – This bridge across Cascade Creek connects portions of the popular Cross trail on the outskirts of Sitka. In 2012 Barth worked with various partners to secure and place the bridge. Barth has been involved with the design and construction of the Cross trail for many years.

• Ward Lake Phase 1 - a 1.5 mile trail around Ward Lake, the most popular trail in the Ketchikan area. Barth was lead designer and COR for this fully accessible trail. Redesign of the entire route and reconstruction of half the trail was done in 2012.

• Silvis Trail – This 3 mile trail connection to the Deer Mountain National Recreation trail near Ketchikan was reconstructed in during 2011 and 2012 under Barth’s supervision.

• Sunnahae Trail – This 2 mile route that starts at sea level in Craig, AK and climbs to alpine is a work in progress that is being built with community partners as funds become available. Barth has led the effort to route and design this community trail. About half the route was designed and built during 2011 and 2012.

This listing of recent trail projects are just the latest in a long and productive design career. The sheer volume of well designed and successful recreation sites, trails and buildings reflected in this brief sampling attest to Barth’s productivity His work ethic and high standards serve as an inspiration to junior landscape architects, engineers, recreation managers and contractors with whom he works and mentors. Barth is truly a credit to his profession and to the agency he represents.