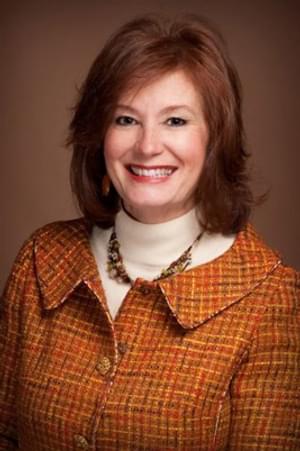 Terri grew up in Birmingham walking to school, graduating from The University of Alabama where she lived on campus and knew the meaning of connectivity. She married and and moved to Decatur, Alabama in the early 80s and she and her husband raised 3 children.

Terri has come to understand the true meaning of a livable community. Serving on the Education Ways & Means, Economic Development & Tourism, and Education Policy Committees, Terri has been instrumental in passing important Legislation. Helping Alabama become the best place to live, work and play is always an important challenge but working with the Trails Commission has given her more opportunities to make Alabama better.

Representative Terri Collins has been instrumental in helping state trails and the Alabama Trails Commission with state legislation. She has been a fierce advocate for families and business. The Trails Commission was formed in 2010 and Mrs. Collins was appointed in 2012. The Trails Commission has enjoyed her pro-Alabama stand for recreation and health….and also her recognition of trails creating jobs. Several new trails, Rock Ridge Equestrian Trail and the Richard Martin Rail Trail…..plus numerous signed scenic bike trails have been developed in the last few years in her district. She has been helpful and attentive to their needs. Finding the right people in Government to help in projects is a major stepping stone and Terri has been there to meet those needs.

Terri had not previously been familiar with the Commission, but states that she has been so impressed with how well all of the different User Groups involved in any type of trail, from any area of the state work together to support each effort and goal. She has participated in strategic planning meetings and small group meetings to move ideas and address concerns. She has been instrumental in helping with legislation for the commission in the 2014 Legislative Session. She also attended two of the Alabama Trails Conferences that have been organized and she helped organize the last Trail Summit held in April 2014. She and has met so many different trail users that are so grateful for her effort.

As a State Representative, she has worked with several of the User Groups that participate on the different trails. Occasionally there are issues that need to be addressed to make different trail uses and users work together in a more amicable relationship. Her relationship with the different board members, different agencies have made those conversations much easier.

The goal of the Commission is to increase awareness of the many wonderful Alabama Trails, make connections to create accessibility and livability for all users, among our communities and to increase outdoor activity. These end up benefiting all Alabamians, our economy and tourism. We are proud to nominate State Representative Terri Collins for our State of Alabama Trail Advocate.