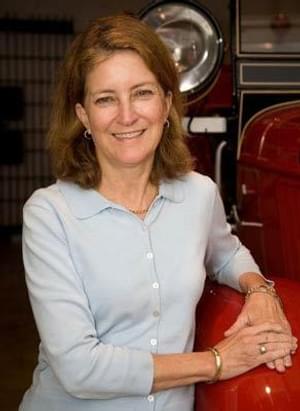 Debbie Quinn was nominated for her tireless efforts to promote recreational opportunities and infrastructure improvement within and around her lifelong home, the City of Fairhope, Alabama.

Debbie Quinn is a lifelong resident of the City of Fairhope in Baldwin County, Alabama, and has served as a Fairhope City Council member since 1997. Debbie has also been a member of the City of Fairhope Planning and Zoning Commission for nine years. Debbie successfully submitted numerous grants to fund various projects that improved local infrastructure; assisted nonprofit organizations in the community; and designed and created recreational opportunities for the citizens of Fairhope and Baldwin County, and more recently, throughout Alabama. Debbie has also been a long serving member of the Alabama Recreational Trails Advisory Board (ARTAB). She is always quick to volunteer her time whenever help is needed; she has consistently served on the ARTAB Recreational Trails Program Applications Rating Committee.

Debbie has constantly demonstrated her love and concern for Alabama’s beautiful natural resources, particularly those found along the Eastern Shore of Mobile Bay. Debbie is a founding member of the Friends of Bon Secour National Wildlife Refuge where she encouraged trails, waterfront restoration and designation of the Baldwin County Birding Trail. Debbie also started Fairhope’s Environmental Advisory Board. She has been a member of the National League of Cities’ Energy, Environment, and Natural Resources Steering Committee for five years, and served as chairman of the Policy and Advocacy Committee in 2007. As the Chairman of Design Alabama, a state planning resource, Debbie is a dedicated advocate of pedestrian friendly communities and environmental issues throughout Alabama.

Debbie has personally assisted in the development of outdoor recreation and trail projects in Fairhope and Baldwin County. As the City of Fairhope’s Liaison to the Baldwin County Trailblazers, Debbie aided in the development of the thirty-six mile trail that was designated a National Recreation Trail in 2010. She was also instrumental in the development of the Fairhope South Beach Trail which winds through a tree enhanced park with a small beach at the southern end, an area that previously had been inaccessible. The trail also includes a tree-shaded “reading pod” for use by teachers and students, artists, and families. The South Beach Trail also connects with the Eastern Shore Trail, providing local citizens and visitors an opportunity to extend their trek or divert their travel to enjoy the beautiful Eastern Shore of Mobile Bay.

Debbie’s most recent accomplishment occurred while serving as Chairman of ARTAB’s State Trails Commission Committee. During an ARTAB meeting in July 2009, members concluded that Alabama needed a mechanism, a statewide forum, to provide leadership and expertise to improve, expand, and connect the state’s land and water trails. Debbie volunteered without hesitation to chair the committee to pursue this objective. From the first committee meeting in the fall of 2009, Debbie’s dogged determination in achieving this goal was an inspiration to all of the other members. Debbie made numerous trips to Montgomery from Fairhope (normally a three hour drive one-way, but Deb remarkably could make the trip in less time) to meet with committee members, ADECA staff, state agency leaders, Governor Riley’s staff, and members of Alabama’s House and Senate. In addition, Deb made numerous telephone and conference calls to prospective supporters and government leaders, sent hundreds of e-mails, and attended speaking engagements to educate the public and solicit support for the legislation to create the commission. Thanks largely to Debbie’s leadership, the Alabama Trails Commission was passed by both houses of the Alabama Legislature without a single dissenting vote, and Act 2010-585 was signed into law by Governor Riley on April 22, 2010.

Debbie is a member of St. Paul’s Episcopal Church on the Eastern Shore and serves in the Vestry and the finance committee, as well as Sunday School Superintendent and Junior High Leader. Debbie is married to Michael Quinn, MD, her high school sweetheart, and they are the parents of sons Neil and Bryan, both attending college. Debbie serves on the Eastern Shore Chamber of Commerce Governmental Affairs Committee and is a graduate of both Leadership Baldwin County and Leadership Coastal Alabama.